The culinary talents of Wellington chef Monique Fiso will go global this month when she flies the Kiwi flag in the new Netflix show The Final Table.

But when the 31-year-old met the Duchess of Sussex this week, she didn’t talk about herself.

She didn’t tell the expectant mum of the Queen’s next great-grandchild about how she was chosen from thousands of chefs worldwide to take part in the $2 million per episode show, which goes live worldwide on November 20.

Neither did she talk about her seven years working in New York under several highly acclaimed Michelin Star chefs at The Musket Room, PUBLIC Restaurant and Avoce.

Even her most recent achievement, readying her own restaurant Hiakai — which will offer a mostly Māori-Samoan cuisine tasting menu prepared Michelin-style in the Wellington suburb of Mount Cook — for its November 21 opening, went unmentioned. 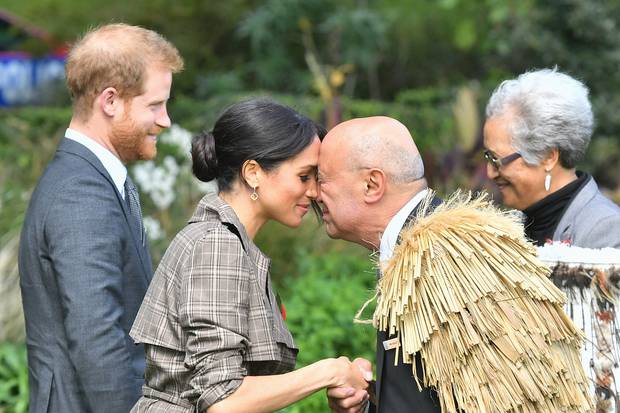 Instead, Fiso did something for her dad.

It was only right — without the support of both her mum and dad, Porirua call centre owners Serena and Siuai, Fiso wouldn’t have thrived in a career that has taken her around the world and home again, where she found herself meeting the former Suits actress-turned-Royal after being chosen to make 350 handcrafted chocolates for the reception at Government House.

She’d promised to ask the Duchess, known as Meghan Markle before her marriage to Prince Harry, if she planned to return to Suits. And all despite knowing the answer herself.

“I said Hello, your Royal Highness. My name’s Monique and I made the chocolates. My dad wants to know are you still going to be on Suits, because he really likes Suits and he’s hoping you’ll be back. The women either side of me [in the receiving line], their faces were like what the hell?.”

The news was bad for Fiso’s dad, but the duchess delivered it with a smile. 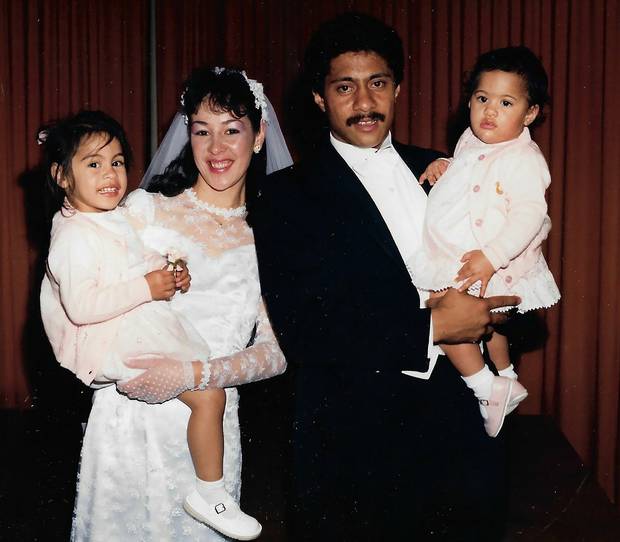 Monique Fiso, at right, as a child with her parents Serena and Siuai Fiso and her sister, Estelle. Photo / Supplied

Fortunately, the duchess and millions of others worldwide will soon be able to learn about Fiso at just the push of a button on their TV remotes.

Each episode focused on a different country and its cuisine, with celebrity ambassadors, food critics and the country’s greatest chef eliminating teams until the finale.

Fiso remembers the moment she walked onto The Final Table set in Los Angeles.

“I was just like ‘holy f***’. The size of it, the amount of people involved — there were just hundreds of people. You think about New Zealand, you would never see a set like that.” 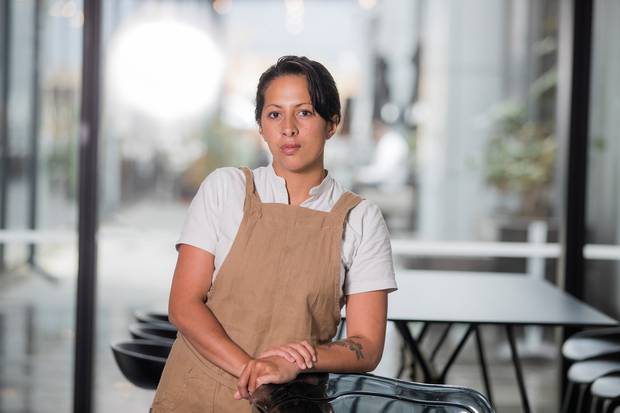 The talents of chef Monique Fiso will reach a global audience of millions when Netflix show The Final Table launches this month. File photo / Greg Bowker

She couldn’t say too much about the show, but said she had made the most of the opportunity to be a voice for New Zealand.

“It’s so, so hard to get the New Zealand food story out there. We’re a small country at the bottom of the world and quite frankly people don’t take us that seriously. But we can fricken cook down here.”

And while New Zealand isn’t among the nine nations chosen for the chefs to create the national dishes of, each chef brings their own skills and experience to the dish, Fiso said.

That means hometown viewers should be able to spot the Kiwi touch in her work.

“There will be moments where, if you grew up in New Zealand, you should definitely have experiences through the dishes.”

By Cherie Howie, NZ Herald
Back to News